What is your reaction when you are faced with the following line of text?

That is not a typo. As many as 700 million people worldwide would see any sentence that way. The figure might be as high as 1.4 billion people. The most conservative figure would be 0.7% of the population. This would be almost half-a-billion people suffering from dyslexia. Some even see letters constantly changing places.

The sentence that began this article is this: Learning to read is challenging for just about everyone. Try to remember what it was like when you were learning to read. Putting the sounds to the symbols. Then learning how the combinations form words. Now imagine that the letters are continually jumbling themselves around. Or the sentences are distorted in other ways. This is what a dyslexic person faces each day.

Dyslexia is a learning disorder. It affects parts of the brain that processes language. Dyslexics usually have normal intelligence and sight. The challenge is the way the brain deciphers and processes information.  Men are more likely to suffer from the condition than women.

Some Types of dyslexia

There is no official list of conditions that fall under the description dyslexia. Many dyslexics have to cope with more than one type of reading challenge.

Phonological dyslexia has been called the most common form of the condition. A person can’t identify the differences in “sit” and “sat” for example. This means that identifying the parts of a word is very difficult. This then leads to issues of identifying written words with their oral sounds, and vice versa.

Some dyslexics have a deficit when it comes to Rapid Automatic Naming (RAN). Struggling with this has been compared to trying to find your way driving a car against traffic in a foreign country with no map. It is very difficult for dyslexics with this impairment to identify what a symbol means. Having many symbols lined up next to each other makes it even harder. Research seems to show that this is completely unrelated to phonological dyslexia.

Many dyslexics (between 50 – 60%) struggle with mathematics. There is a term for specific difficulties affecting maths and numbers: dyscalculia.

Teaching those with dyslexia to read 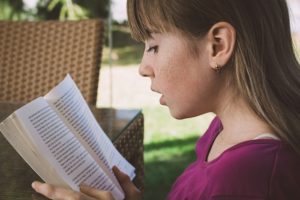 There are techniques and methods to that allow dyslexics to learn to read words and numbers. This involves multi-sensory approaches. Writing in sand or shaving cream, for example, is very helpful. Tapping out sounds as they hear words can assist learners. Using magnetic letters to make words can work wonders. These are a few of the ways dyslexics learn to read.

Some experts believe that reading while listening to the audiobook helps in two ways. The first is with comprehension. The second is decoding symbols. Audiobooks are also a good in another way. They expose a dyslexic person to reading which they might otherwise still struggle with. 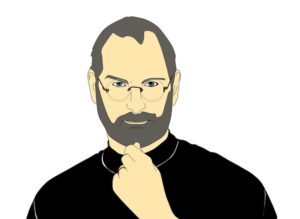 Many famous dyslexics have become successful in many different fields. Tom Cruise, Steven Spielberg Richard Branson and Steve Jobs succeeded with dyslexia. There are many more dyslexic celebrities. Richard Branson even considers dyslexia a sign of potential.

While it is a myth that 50% of NASA employees are dyslexic, dyslexia won’t stop you from working there.